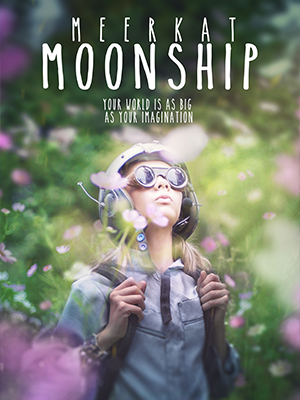 Gideonette, a timid and visionary girl, lives with her parents in a small town. Her dad Gideon, battles daily to allay her fears about the curse of the Gideon de La Reys. Throughout their family history every Gideon de La Rey died in a freak accident at a young age. In order to prove everyone wrong, Gideon named his daughter - Gideonette. Although Gideonette has had to endure endless teasing about the curse, her dad has tried to convince her that they'll both grow old. When he suddenly dies, her worst fears are realized and she retreats into a dark world where her imagination runs wild. Realising that Gideonette needs to get away from the curse her mom sends her to her grandparents. Here Gideonette meets Bhubesi, a deaf boy who's 'training' to become an astronaut. While her grandfather builds Bhubesi a Moonship, the brave boy wins her trust and they embark on a curious journey of wordless friendship that helps her to realise she can't hide from death. When fate hands her a final blow and her newfound strength is tested, she has to decide whether she's going to let the curse consume her or defy it.